Team India’s wicketkeeper-batsman KL Rahul shared a picture in which he was drinking coffee and his skipper Virat Kohli came up with hilarious response to the post. 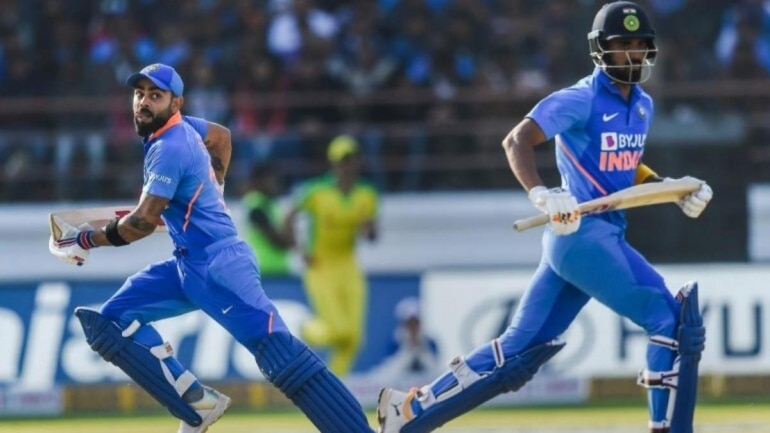 India opener KL Rahul engaged in a funny banter with skipper Virat Kohli after he posted a picture on social media platforms having a cup of coffee.

Rahul took to social media and shared a very simple picture wherein he could be seen enjoying a cup of coffee. Rahul’s ‘coffee’ post invited quite a few reactions by fans on Twitter, with Virat Kohli also poking fun at KL in his quirky manner.

Twitter users were quick to remind the flamboyant right-hander of his appearance in filmmaker Karan Johar’s talk show ‘Koffee With Karan’ in January 2019, which led to fines and a suspension for Rahul and all-rounder Hardik Pandya for their sexist comments. Meanwhile, KL Rahul has been away from the game since March due to coronavirus suspension after playing the role of India’s wicketkeeper-batsman in the last 2 limited over series for the country and impressed one and all with his dual responsibility.

An opener by instinct, KL Rahul came down the order in ODI format and scored quick-fire runs to put India in comfortable positions. The debate on whether he should play the same role In Test cricket or not started from there.

Rahul is yet to return to action as BCCI hasn’t taken a call regarding it yet. During his time away from the game, Rahul has been quite active on social media.

India’s next series which has been scheduled is against Australia in Down Under. The two nations will face each other in three T20Is, four Tests and three ODIs.

Kareena Kapoor Khan To Pen Her Guide To Pregnancy, Book To Come Out In 2021

A political hand in Kashmir – editorials