European Union Reopens Borders To 15 Nations Including China, US Excluded 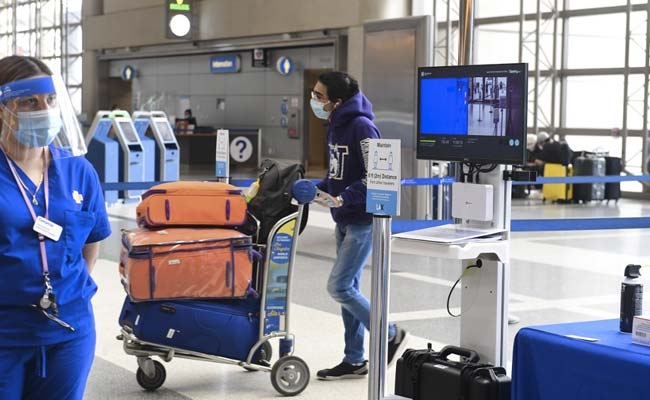 United States, where the coronavirus is still spreading, will remain excluded. (File)

The EU on Tuesday agreed to open its borders to 15 countries from July 1, but the United States, where the coronavirus is still spreading, will remain excluded.

China made it to the list, which will be updated every two weeks, but on the condition that Beijing do the same for Europeans, a statement said.

US neighbour Canada as well as Japan, Australia, New Zealand and Uruguay were included without conditions on the list which was drawn up by diplomats on Friday, but required final approval.

Algeria, Georgia, Japan, Montenegro, Morocco, Rwanda, Serbia, South Korea, Thailand and Tunisia rounded out the countries, which was agreed to by vote among the EU’s 27 member states.

Non-essential travel to the EU has been banned since mid-March, but only after member states closed their national borders in confusion and without coordination as the pandemic grew.

Though the list was legally non-binding, the EU said member states “remain responsible for implementing the content of the recommendation.”

National authorities “should not decide to lift the travel restrictions… before this has been decided in a coordinated manner,” the statement added.

Britain is considered part of the EU during its post-Brexit transition that ends on December 31.

The original goal was to reopen to countries with an epidemiological situation “comparable or better” than that in the bloc — that is with 16 or fewer cases of COVID-19 per 100,000 inhabitants over the past two weeks.

However, the health-based criteria collided with national interests and geopolitics, with some countries reluctant to collectively ban the US while welcoming visitors from China, where the pandemic began.

To break the deadlock, Croatia, which currently holds the EU’s rotating presidency, on Monday initiated a silent approval procedure, which ended on Tuesday.

The list is seen as a maximum position with countries able to limit it further.

The United States is currently the country most affected by COVID-19 with more than 125,000 deaths while daily infection rates in Europe have stabilised.

AirPods Max Begin Shipping to Customers Ahead of December 15 Launch

Samsung Galaxy A52 5G Purportedly Surfaces on the Web, Again