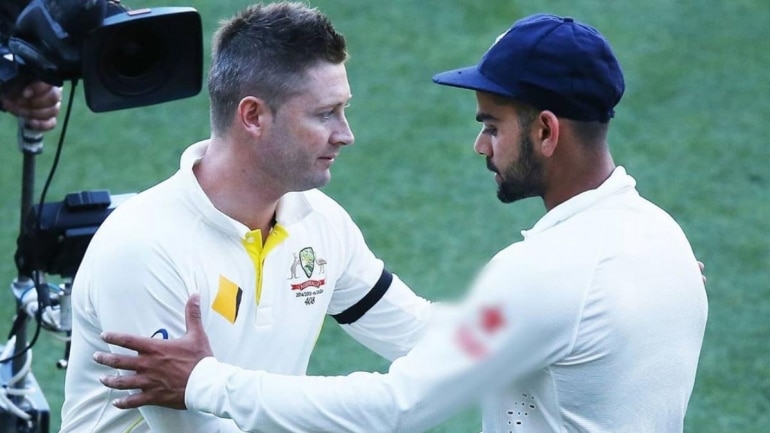 India captain Virat Kohli said the 2014 Test against Australia in Adelaide remains a crucial part of the current Indian Test side. Kohli said the valiant defeat to Australia taught his side a very important lesson.

Virat Kohli led India in Tests for the first time in the absence of an injured MS Dhoni in the first of a 4-match Test series in Adelaide in 2014. India lost the first Test by 48 runs but only after Virat Kohli led the tourists’ valiant fight with hundreds in each innings.

“Throwback to this very special and important test in our journey as the test team that we are today. Adelaide 2014 was a game filled with emotion on both sides and an amazing one for people to watch too,” Kohli said in his Twitter post.

“Although we didn’t cross the line being so close, it taught us that anything is possible if we put our mind to it because we committed to doing something which seemed very difficult to begin with but almost pulled it off. All of us committed to it. This will always remain a very important milestone in our journey as a test side.”

(2/2)..anything is possible if we put our mind to it because we committed to doing something which seemed very difficult to begin with but almost pulled it off. All of us committed to it. This will always remain a very important milestone in our journey as a test side.

After a string of poor overseas results wherein India failed to even put up a fight, the Adelaide Test of 2014 was a refreshing watch for quite a few Indian fans.

Australia, led by Michael Clarke, amassed 517 in the first innings after daddy hundreds from Steve Smith and David Warner. Captain Clarke chipped in with 128 as the hosts made good use of the fine batting conditions.

Kohli led India’s reply with a gutsy batting performance against the likes of Mitchell Johnson, Ryan Harris, Nathan Lyon and Peter Siddle as he scored a hundred. Murali Vijay, Ajinkya Rahane and Cheteshwar Pujara chipped in with fifties as India made 444.

Australia posted 290 in the 2nd innings after a quickfire hundred from Warner and set India a target of 364 runs.
While the target looked improbable, India fought valiantly during the chase as Virat Kohli and Murali Vijay shone with the bat to take India within touching distance. While Vijay got out for 99, Kohli’s wicket for 141 in the final session ended India’s hopes of a miraculous win.

India lost the match by just 48 runs despite a massive collapse that saw then go from 277 for 4 to 315-all out.