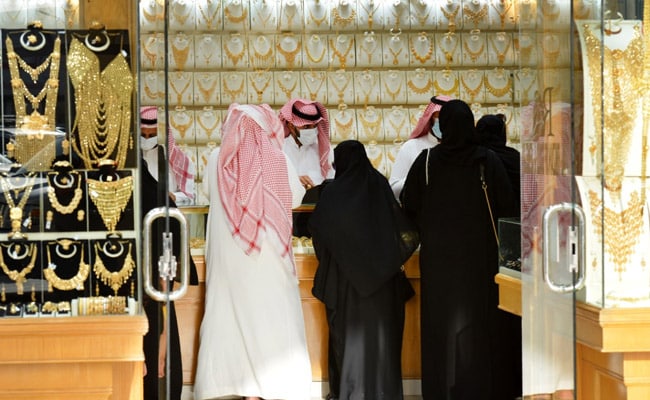 Saudis braced Wednesday for a tripling in value-added tax.

Saudis braced Wednesday for a tripling in value-added tax, another unpopular austerity measure after the twin shocks of coronavirus and an oil price slump triggered the kingdom’s worst economic decline in decades.

Retailers in the country reported a sharp uptick in sales this week of everything from gold and electronics to cars and building materials, as shoppers sought to stock up before VAT is raised to 15 percent.

The hike could stir public resentment as it weighs on household incomes, pushing up inflation and depressing consumer spending as the kingdom emerges from a three-month coronavirus lockdown.

“Air conditioner, television, electronic items,” he said, rattling off a list of items he bought last week ahead of the VAT hike.

“I can’t afford these things from Wednesday.”

With its vast oil wealth funding the Arab world’s biggest economy, the kingdom had for decades been able to fund massive spending with no taxes at all.

It only introduced VAT in 2018, as part of a push to reduce its dependence on crude revenues.

Then, seeking to shore up state finances battered by sliding oil prices and the coronavirus crisis, it announced in May that it would triple VAT and halt a cost-of-living monthly allowance to citizens.

The austerity push underscores how Saudi Arabia’s once-lavish spending is becoming a thing of the past, with the erosion of the welfare system leaving a mostly young population to cope with reduced incomes and a lifestyle downgrade.

That could pile strain on a decades-old social contract whereby citizens were given generous subsidies and handouts in exchange for loyalty to the absolute monarchy.

The rising cost of living may prompt many to ask why state funds are being lavished on multi-billion-dollar projects and overseas assets, including the proposed purchase of English football club Newcastle United.

Shopping malls in the kingdom have drawn large crowds in recent days as retailers offered “pre-VAT sales” and discounts before the hike kicks in.

A gold shop in Riyadh told AFP it saw a 70 percent jump in sales in recent weeks, while a car dealership saw them tick up by 15 percent.

Once the new rate is in place, businesses are predicting depressed sales of everything from cars to cosmetics and home appliances.

Capital Economics forecast inflation will jump up to six percent year-on-year in July, from 1.1 percent in May, as a result.

“The government ended the country’s lockdown (in June) and there are signs that economic activity has started to recover,” Capital Economics said in a report.

“Nonetheless, we expect the recovery to be slow-going as fiscal austerity measures bite.”

The kingdom also risks losing its edge against other Gulf states, including its principal ally the United Arab Emirates, which introduced VAT at the same time but has so far refrained from raising it beyond five percent.

But the kingdom has few choices as oil revenue declines.

Its finances have taken another blow as authorities massively scaled back this year’s hajj pilgrimage, from 2.5 million pilgrims last year to around a thousand already inside the country, and suspended the lesser umrah because of coronavirus.

Together the rites rake in some $12 billion annually.

The International Monetary Fund warned the kingdom’s GDP will shrink by 6.8 percent this year — its worst performance since the 1980s oil glut.

The austerity drive would boost state coffers by 100 billion riyals ($26.6 billion), according to state media.

But the measures are unlikely to plug the kingdom’s huge budget deficit.

The Saudi Jadwa Investment group forecasts the shortfall will rise to a record $112 billion this year.