This understanding between the two India stalwarts is what impresses Michael Hussey, who said Virat Kohli is not threatened by having someone like MS Dhoni in the team. 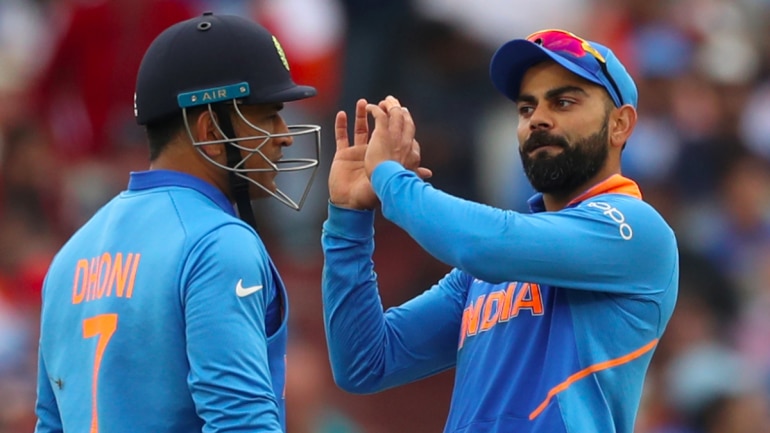 Former Australia cricketer Michael Hussey lauded India captain Virat Kohli for sticking with MS Dhoni and still have a person of his stature in the national team setup.

Dhoni, the most experienced player in the team, is India’s go-to man with every player seeking his advice and picking his brains whenever needed. Even Kohli turns to Dhoni for suggestions despite being the skipper.

Dhoni is often seen setting fields, talking to the bowlers and guiding the players while Kohli takes a back seat. Kohli has maintained that Dhoni will always be his captain and has even stated that on multiple occasions in interviews.

This understanding between the two India stalwarts is what impresses Hussey, who said Kohli is not threatened by having someone like Dhoni in the team.

“I think you got to give a lot of kudos to Virat Kohli, having someone like MS Dhoni still in the team who’s been, arguably, India’s most successful captain. Sometimes some people would find that threatening to still have that person in the team,” Hussey said in an episode of chat show Sony Ten’s Pit Stop.

“But I think that’s where you need to tip your hat to Virat and so you know he’s obviously got the personality to say ‘no, no I would like this guy around. I can learn from this guy, and he’s going to help me get down the better skipper and obviously have a better team’,” Hussey added.

Dhoni has not played international cricket since India’s exit in the semi-finals of the 2019 World Cup when they lost to New Zealand.

Dhoni was supposed to return to action in the Indian Premier League in March but that got postponed indefinitely due to the coronavirus pandemic which has further pushed his comeback.

Uddhav Thackeray Drives To Pandharpur On Ashadhi Ekadashi, Prays For Miracle Amid Pandemic