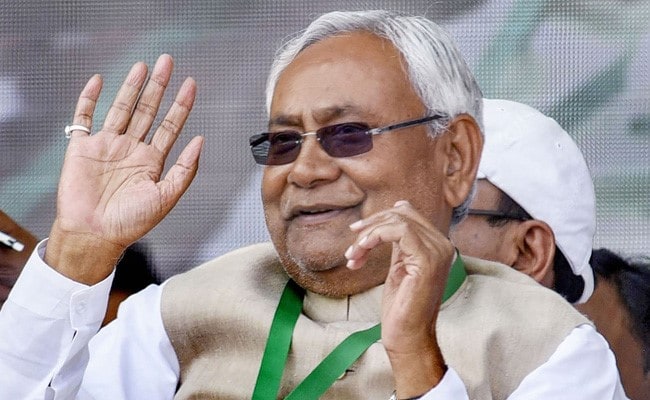 Prime Minister Narendra Modi’s extension of free ration till Chhath Puja has been hailed by Bihar’s ruling NDA as a boost for its chances in the coming state elections. While his deputy immediately tweeted his gratitude, Chief Minister Nitish Kumar welcomed the announcement in a late night tweet yesterday.

Sushil Modi, who demanded last week that the scheme be extended for another three months, said the Centre has already distributed foodgrain worth Rs 5,057 crore. With its latest announcement, the government will be spending Rs 13,000 crore on foodgrain for the 80 crore poor in the country.

Though he denied any political motive in the announcement, the marker of the extension – which was the key announcement in the Prime Minister’s 20-minute address to the nation yesterday – indicated that it was tailor-made for Bihar. While Chhath Puja marks the last festival in the Hindu calendar, it is also the biggest festival in Bihar.

To ensure that the people of Bihar do not miss it, the Prime Minister tweeted the announcement in Bhojpuri and Maithili – along with other regional languages.

The NDA leaders in the state say that sensing anger among the migrants, the government also chose 31 districts in the poll-bound state to launch the PM Garib Kalyan Rojgar Yojna, which will also ensure jobs for the migrants. Around Rs 50,000 crores will be spent in a record 125 days under the scheme.

Though the government has spent Rs 8,500 crore under various schemes, its controversial decisions — like stopping the special trains in March and refusing to pay for the migrants’ train journey home — has generated a lot of anger among the voters.

With the state elections ahead, the opposition has also been vocal about the trauma of the migrants, who, finding themselves out of a job, shelter and food overnight as the lockdown was imposed, had to hit the road. Often deprived of food and water, dodging the police and state authorities after borders were sealed, many did not reach home.

The Centre started the train service on May 1, more than a month after the lockdown was announced first on March 25. For the migrants, the challenge then became finding the fare to get home.

Over the last weeks, the opposition repeatedly invoked the issue, criticizing the Chief Minster for what they have called his reluctance to get the migrants back. They have also criticized him for not announcing a substantial package for the migrants.

Mr Kumar’s allies, the BJP and Ram Vilas Paswan’s Lok Janshakti Party, have maintained that his image took a beating over the migrant issue. The Chief Minister, who came to power after a spate of irregularities Lalu Yadav and Rabari Devi governments, had been dubbed Sushashan Babu.

Realising that the bumper ration will quell any anti-NDA feeling, Lalu Yadav’s Rashtriya Janata Dal has changed track and made coronavirus testing and petrol price hike the main issues to corner the Nitish Kumar government. In his tweets, RJD’s Tejashwi Yadav, who is also the Leader of the Opposition in the state assembly, has been highlighting both issues.

My life hasn’t changed at all: Pat Cummins on earning big bucks in IPL