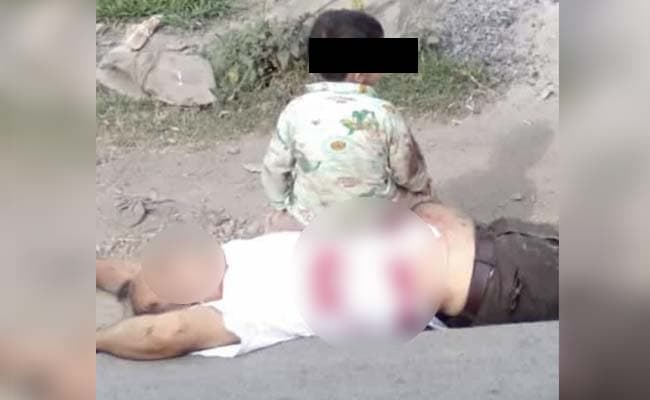 The child who survived the terrorist attack was seen sitting of his grandfather’s body.

A three-year-old boy survived as his grandfather was killed in a terror attack on the Central Reserve Police Force (CRPF) in Jammu and Kashmir’s Sopore town this morning. A CRPF jawan was also killed in the line of duty as terrorists opened fire on a patrol team.

In heart-wrenching images, the child is seen sitting on the blood-splattered body of his grandfather, a civilian caught in the crossfire. The boy was numb with fear when he was picked up by policemen, according to the police.

The Kashmir police also tweeted a photo of the child being carried to safety by a policeman.

“Jammu and Kashmir police rescued a three-year-old boy from getting hit by bullets during the terrorist attack in Sopore,” said the tweet by the Kashmir Zone Police.

The child was travelling in a Maruti car with his grandfather from Srinagar to Handwara when it was hit by a spray of bullets in Sopore town, which is in Baramulla district about 50 km from Srinagar. 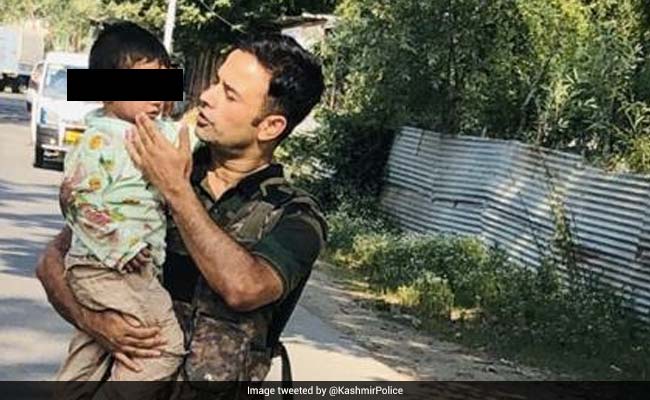 The police tweeted picture of the boy later.

The police said the terrorists fired indiscriminately at the patrol team, killing a jawan. The CRPF troops retaliated but the terrorists managed to escape.

Last week, a six-year-old boy was killed during a terror attack on the CRPF in Anantnag.

Little Nihaan Bhat was sleeping in a parked car when he was hit by a bullet. Police say the terrorist was on a bike and opened fire from a pistol on a CRPF patrol. One jawan was killed. The child’s killing drew widespread anger and condemnation.

The terrorist believed to be involved in the Anantnag attack escaped yesterday after an encounter with security forces. Police said two other terrorists who were hiding with him at a village were killed.