Good For National Security, But What About Unemployment 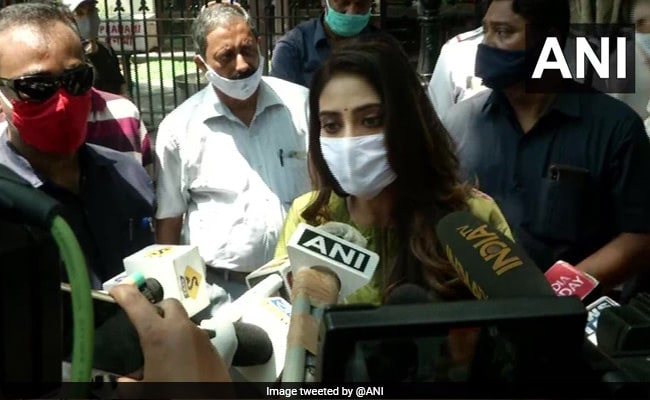 Trinamool Congress MP Nusrat Jahan has raised concerns over the “strategic plan” of banning apps like TikTok and 58 others linked to Chinese ownership. The centre banned the apps amid a huge economic backlash against China following the June 15 clashes in eastern Ladakh’s Galwan Valley in which 20 soldiers laid down their lives for India.

“TikTok is an entertainment app. It’s an impulsive decision. What’s the strategic plan? What about people who will be unemployed? People will suffer like demonetisation. I don’t have any problem with the ban as it is for national security, but who’ll answer these questions?” Ms Jahan said during an event at Iskcon in Kolkata today, news agency ANI reported.

Her comments come on a day when the CEO of TikTok wrote to employees in India that the Chinese firm “will do everything in our power to restore the positive experiences and opportunities that they can be proud of”.

“…TikTok continues to comply with all data privacy and security requirements under Indian law and places the highest importance on user privacy and integrity,” Kevin Mayer, TikTok chief executive and the chief operations officer of ByteDance, which owns the video-sharing app, said in a post on the company website.

India’s surprise move has affected Chinese tech firms at a time when they are starting to make inroads into India’s vast market where mobile phone usage is high and data is relatively cheaper compared to other nations.

The centre’s decision could also have wider geopolitical consequences as the US works to get support of nations to stop using Huawei Technologies for 5G networks. India’s actions may give confidence to nations to weigh the extent to which they let China collect user data – and potentially economic leverage in future disputes.

Apart from TikTok, the other 58 apps with Chinese links blocked by the government include WeChat and UC Browser. Sources said inputs from intelligence agencies suggested that the apps have been violating the terms of usage, compromising users privacy, and being used as spyware or malware. Within minutes of the announcement, the Indian government’s TikTok account MyGov, which had 1.1 million followers, was disabled.

5 universities, 104 colleges connected through 'e-Granthalaya' in Uttarakhand - Times of India

IPL 2020: Aggression brings best out of me – Sheldon Cottrell