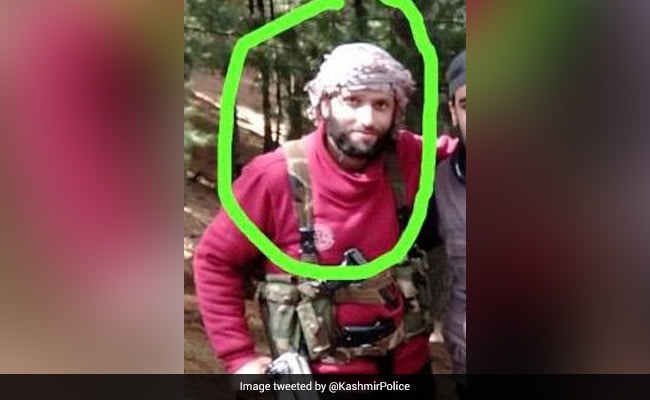 A terrorist, who had killed a Central Reserve Police Force (CRPF) jawan and six-year-old boy in Jammu and Kashmir’s Anantnag final week, was shot useless yesterday evening in an encounter in Srinagar, police mentioned. Zahid Dass had handle to flee on Tuesday after safety forces cornered him in Anantnag.

The troops of the Special Operations Group and the CRPF launched a joint safety operation final evening in Malbagh space of Srinagar. A CRPF jawan was additionally killed in line of responsibility through the encounter.

Last week, a CRPF jawan was killed when a street opening group close to Padshahi Bagh bridge in Bijbehara space in Anantnag got here below assault.

Six-year-old Nihaan Bhat was sleeping in a parked automobile within the space when he was hit by a bullet through the terror assault on June 26. Police say the terrorist was on a motorcycle and opened fireplace from a pistol. The killing provoked immense anger and condemnation.

Soon after the assault, the police released a photo of Zahid Dass, a terrorist of the novel group Islamic State (ISJK).

On Tuesday, Zahid Dass and two other terrorists were cornered in Anantnag; nonetheless, he managed to flee.  The different two terrorists have been shot useless.

Forty-eight terrorists have been killed final month in separate encounters.

Last month, J&Okay police chief Dilbag Singh mentioned that greater than 100 terrorists have been killed this yr. “During the last five-and-a-half months, over 100 terrorists have been neutralised, out of them 50 plus were from the Hizbul Mujahideen, around 20 from the Lashkar-e-Taiba, 20 from the Jaish-e-Mohammed and the rest from smaller outfits like Al-Badr, Ansar Gazwatul Hind,” Mr Singh mentioned.