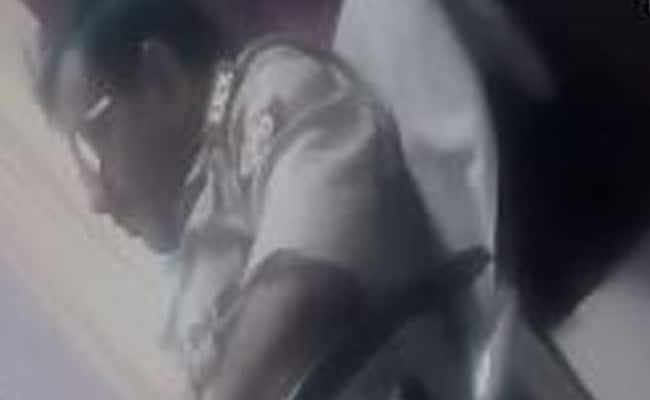 A criminal case has been filed against the cop.

A video, which has triggered outrage on social media, shows former station house officer Bhishm Pal Singh in Deoria district, about 300 km from state capital Chennai, sitting before a woman at the police station. The woman had visited the police station several times with her parents to get a complaint filed.

Upset over the cop’s attitude and his refusal to file the complaint, she recorded the indecent gesture on her mobile phone. “I want him to accept his mistake. When he did this for the first two times, I kept quiet. The third time he did this, I recorded the video,” the woman said.

“If a police officer does this, how will people get justice. We are trying that such an incident does not happen again,” she added.

In a video message, Deoria Superintendent Of Police Sripati Mishra said: “A first information report has been filed against him (the police officer) that mentions serious charges. The cop is already suspended. Action would be taken against him.”

Many on social media expressed shock over the incident. “What is happening in UP Police stations the Cops r totally out of control the stress is driving them nuts they r either removing their anger in general public or shamefully being disrespectful to women nw in Deoria #UP stationofficer.(SO) of Bhatni policestation,Bhishm Pal Singh (sic),” actor-politician Nagma wrote on Twitter.

“Awful obscenity in front of a woman (who came to lodge complaint) by a policeman in Deoria,” another social media user wrote.

The Best Wearables of 2020 in India

Tiger Shroff debuts as a singer with Unbelievable: ‘Always wanted to sing and dance to my own song’. See first look