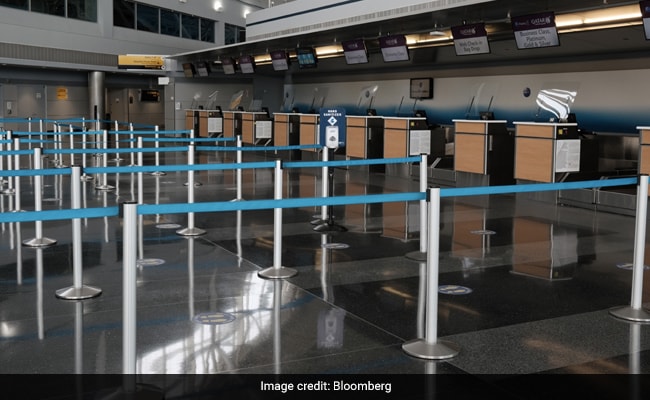 Commercial flights worldwide as of Feb. 1 wallowed at less than half pre-pandemic level.

As coronavirus vaccines started rolling out late last year, there was a palpable sense of excitement. People began browsing travel websites and airlines grew optimistic about flying again. Ryanair Holdings Plc even launched a “Jab & Go” campaign alongside images of 20-somethings on holiday, drinks in hand.

It’s not working out that way.

For a start, it isn’t clear the vaccines actually stop travelers spreading the disease, even if they’re less likely to catch it themselves. Neither are the shots proven against the more-infectious mutant strains that have startled governments from Australia to the U.K. into closing, rather than opening, borders. An ambitious push by carriers for digital health passports to replace the mandatory quarantines killing travel demand is also fraught with challenges and has yet to win over the World Health Organization. 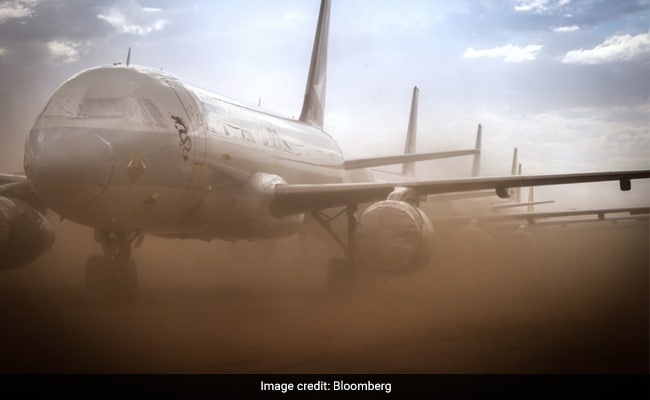 Aircraft are sealed and stored at the Asia Pacific Aircraft Storage Facility at Alice Springs in Australia, in Oct. 2020.

This bleak reality has pushed back expectations of any meaningful recovery in global travel to 2022. That may be too late to save the many airlines with only a few months of cash remaining. And the delay threatens to kill the careers of hundreds of thousands of pilots, flight crew and airport workers who’ve already been out of work for close to a year. Rather than a return to worldwide connectivity — one of the economic miracles of the jet era — prolonged international isolation appears unavoidable.

“It’s very important for people to understand that at the moment, all we know about the vaccines is that they will very effectively reduce your risk of severe disease,” said Margaret Harris, a WHO spokesperson in Geneva. “We haven’t seen any evidence yet indicating whether or not they stop transmission.”

To be sure, it’s possible a travel rebound will happen on its own — without the need for vaccine passports. Should jabs start to drive down infection and death rates, governments might gain enough confidence to roll back quarantines and other border curbs, and rely more on passengers’ pre-flight Covid-19 tests.

The United Arab Emirates, for example, has largely done away with entry restrictions, other than the need for a negative test. While U.K. regulators banned Ryanair’s “Jab & Go” ad as misleading, the discount airline’s chief Michael O’Leary still expects almost the entire population of Europe to be inoculated by the end of September. “That’s the point where we are released from these restrictions,” he said. “Short-haul travel will recover strongly and quickly.”

For now though, governments broadly remain skittish about welcoming international visitors and rules change at the slightest hint of trouble. Witness Australia, which slammed shut its borders with New Zealand last month after New Zealand reported one Covid-19 case in the community.

New Zealand and Australia, which have pursued a successful approach aimed at eliminating the virus, have both said their borders won’t fully open this year. Travel bubbles, meanwhile, such as one proposed between the Asian financial hubs of Singapore and Hong Kong, have yet to take hold. France on Sunday tightened rules on international travel while Canada is preparing to impose tougher quarantine measures.

“Air traffic and aviation is really way down the priority list for governments,” said Phil Seymour, president and head of advisory at U.K-based aviation services firm IBA Group Ltd. “It’s going to be a long haul out of this.”

The pace of vaccine rollouts is another sticking point.

While the rate of vaccinations has improved in the U.S. — the world’s largest air-travel market before the virus struck — inoculation programs have been far from aviation’s panacea. In some places, they’re just one more thing for people to squabble about. Vaccine nationalism in Europe has dissolved into a rows over supply and who should be protected first. The region is also fractured over whether a jab should be a ticket to unrestricted travel.

It all means a rebound in passenger air traffic “is probably a 2022 thing,” according to Joshua Ng, Singapore-based director at Alton Aviation Consultancy. Long-haul travel may not properly resume until 2023 or 2024, he predicts. The International Air Transport Association said this week that in a worst-case scenario, passenger traffic may only improve by 13% this year. Its official forecast for a 50% rebound was issued in December.

American Airlines Group Inc. on Wednesday warned 13,000 employees they could be laid off, many of them for the second time in six months.

At the end of 2020 “we fully believed that we would be looking at a summer schedule where we’d fly all of our airplanes and need the full strength of our team,” Chief Executive Officer Doug Parker and President Robert Isom told workers. “Regrettably, that is no longer the case.”

The lack of progress is clear in the skies. Commercial flights worldwide as of Feb. 1 wallowed at less than half pre-pandemic levels, according to OAG Aviation Worldwide Ltd. Scheduled services in major markets including the U.K., Brazil, Spain are still falling, the data show. 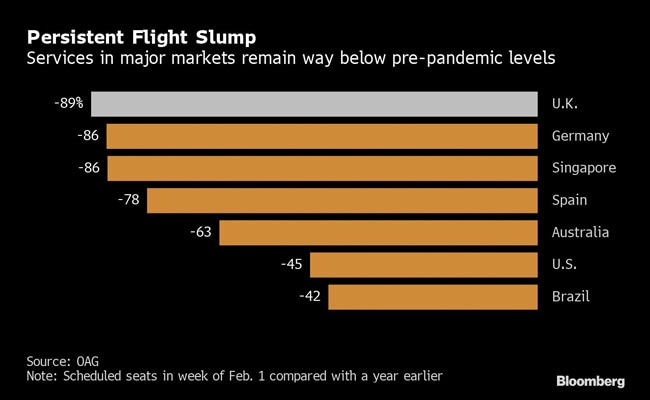 Quarantines that lock up passengers upon arrival for weeks on end remain the great enemy of a real travel rebound. A better alternative, according to IATA, is a digital Travel Pass to store passengers’ vaccine and testing histories, allowing restrictions to be lifted. Many of the world’s largest airlines have rolled out apps from IATA and others, including Singapore Airlines Ltd., Emirates and British Airways.

“We need to be working on as many options as possible,” said Richard Treeves, British Airways’ head of business resilience. “We’re hopeful for integration on those apps and common standards.”

But even IATA recognizes there’s no guarantee every state will adopt its Travel Pass right away, if at all. There’s currently no consensus on vaccine passports within the 27-member European Union, with tourism-dependent countries like Greece and Portugal backing the idea and bigger members including France pushing back.

“We’re going to have a lack of harmony at the beginning,” Nick Careen, IATA’s senior vice president for passenger matters, said at a briefing last month. “None of it is ideal.” 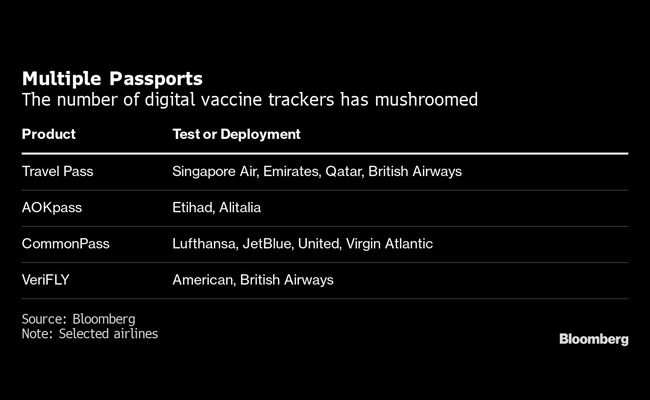 The airline group has called on the WHO to determine that it is safe for inoculated people to fly without quarantining, in a bid to bolster the case for Travel Pass. But the global health body remains unmoved.

“At this point, all we can do is say, yes, you were vaccinated on this date with this vaccine and you had your booster — if it’s a two-course vaccine — on this date,” the WHO’s Harris said. “We’re working very hard to get a secure electronic system so people have that information. But at this point, that’s all it is. It’s a record.”

A vaccine passport wouldn’t be able to demonstrate the quality or durability of any protective immunity gleaned from being inoculated, or from being infected with virus naturally, either, Harris said.

“The idea that your natural immunity should be protective and that you could somehow use this as a way of saying ‘I’m good to travel’ is out completely.”

The post Why Long-Haul Travel May Not Properly Resume Until 2023 Or 2024 appeared first on News Live Report.

Wonder Woman 1984 Will Release a Day Earlier in India